Get Hu’Sum BBQ: Hearty Food To Fuel Your River Adventure…

Do you have a palate for grand adventure and great food? Featuring a new open-air grill and outdoor kitchen, Get Hu’sum BBQ offers mouth-watering food conveniently located onsite at the White Salmon River outpost. From smoked meats and veggies to salads made from scratch, you’ll have plenty of menu options and daily specials. Foodie or not, it’ll be hard to miss the smell of Get Hu’sum BBQ grilled, goodness after paddling the thrilling rapids of the White Salmon River corridor. 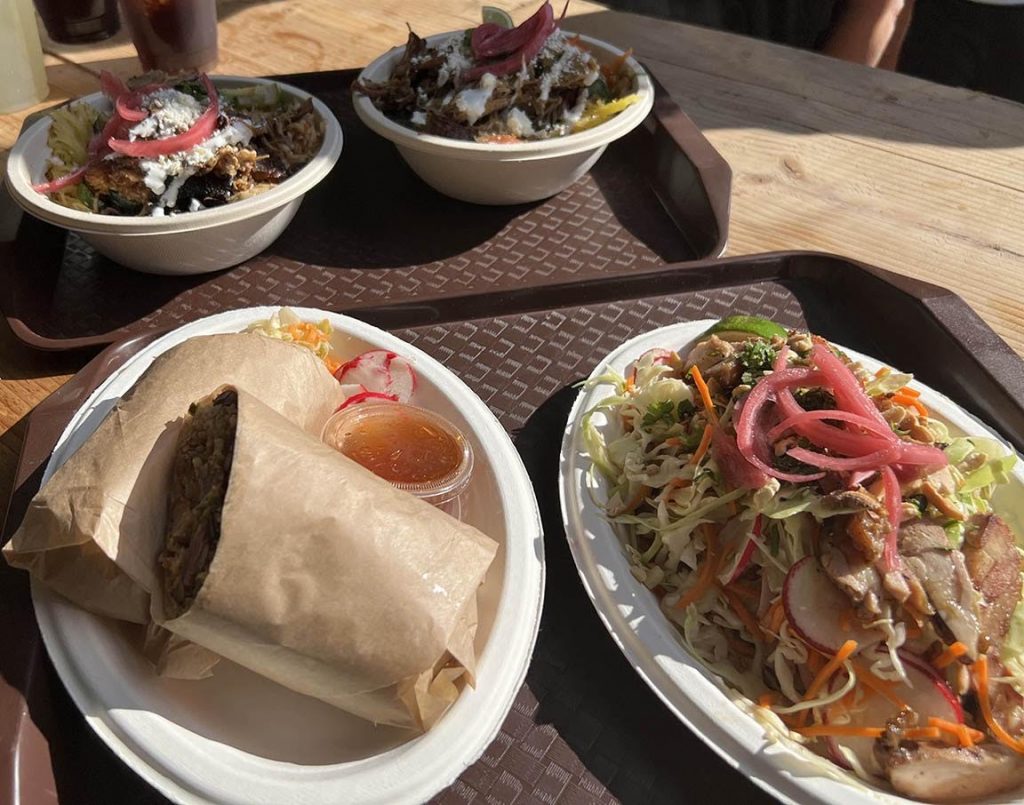 Chef Stan is the culinary creative behind the BBQ providing gourmet meals on the river. Born in Queens, New York, Stan Pratnicki was surrounded by hundreds of cuisines from the very beginning in the epicurean melting pot that is New York City. It may have been his early school trips to Fulton Street Fish Market or helping his grandmother prepare holiday meals, but Stan knew from a very young age that he wanted to cook. Starting in his first restaurant at 14 years old, and being inspired by what he saw, Stan enrolled at the Culinary Institute of America in Hyde Park, New York after high school graduation. While attending CIA, he commuted back and forth to New York City shadowing chefs in several of the city’s best restaurants – and after graduation, worked in Locust Valley, NY, Tampa, FL, Aspen, CO and landed in Portland, Oregon in 1997. 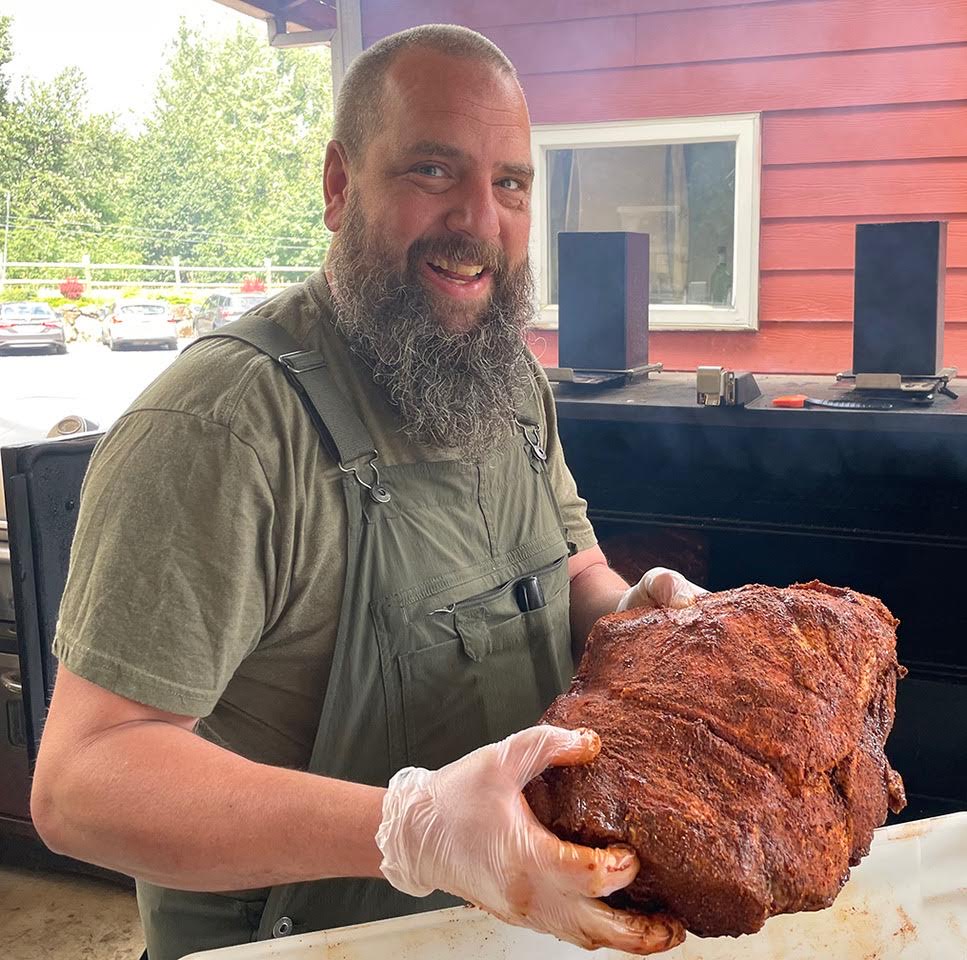 For over 15 years, Stan worked his way around Portland’s food scene in some of the city’s most well-known restaurants including Papa Haydn, Atwaters and Taqueria Nueve, learning various cuisines. He expanded his knowledge further by working for premier fish & seafood provider, Newman’s Fish Company, and specialty food purveyor, Provvista. And in 2012, he became chef and owner of Bar Dobre, a Polish-centric restaurant and bar in SE Portland. 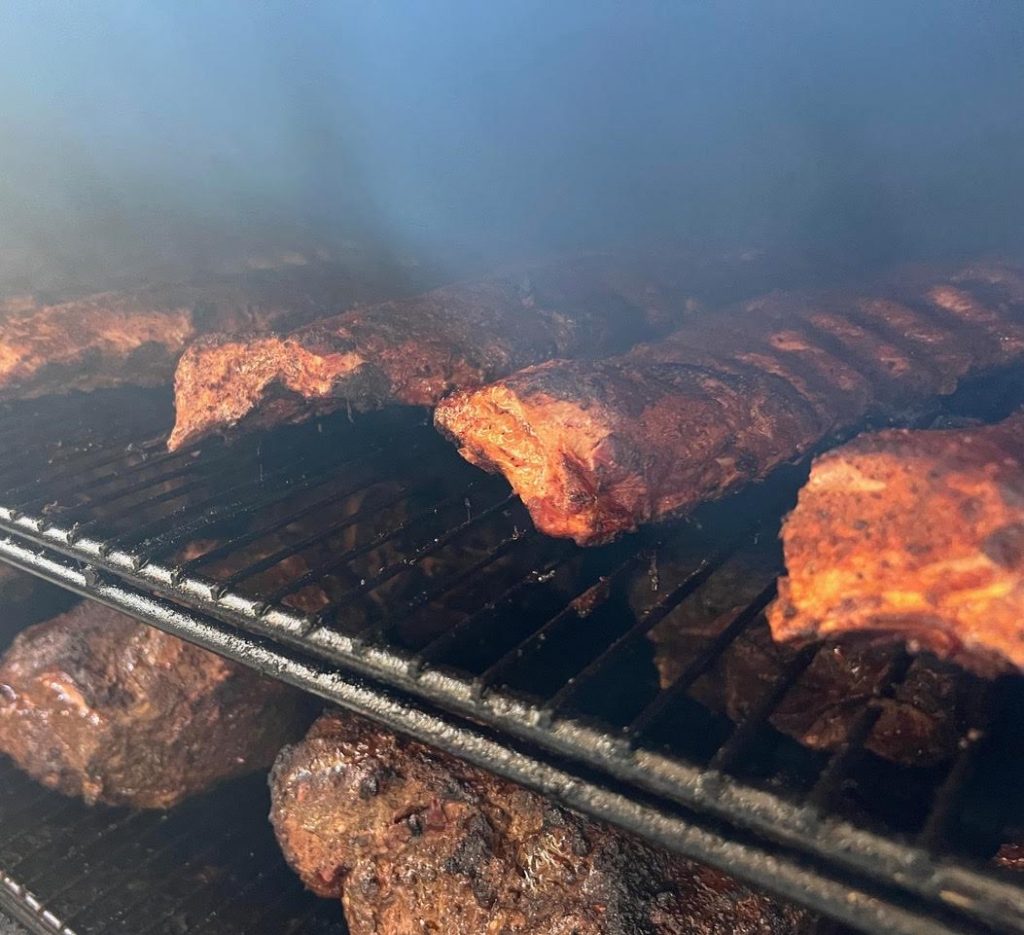 In 2015, a simpler life in the country was calling so Stan and his wife, Kimberly, relocated out to the Columbia River Gorge to Husum, Washington and he began working at River Drifters Whitewater Rafting on the White Salmon River helping to manage operations and catering meals for full and multi-day rafting trips. 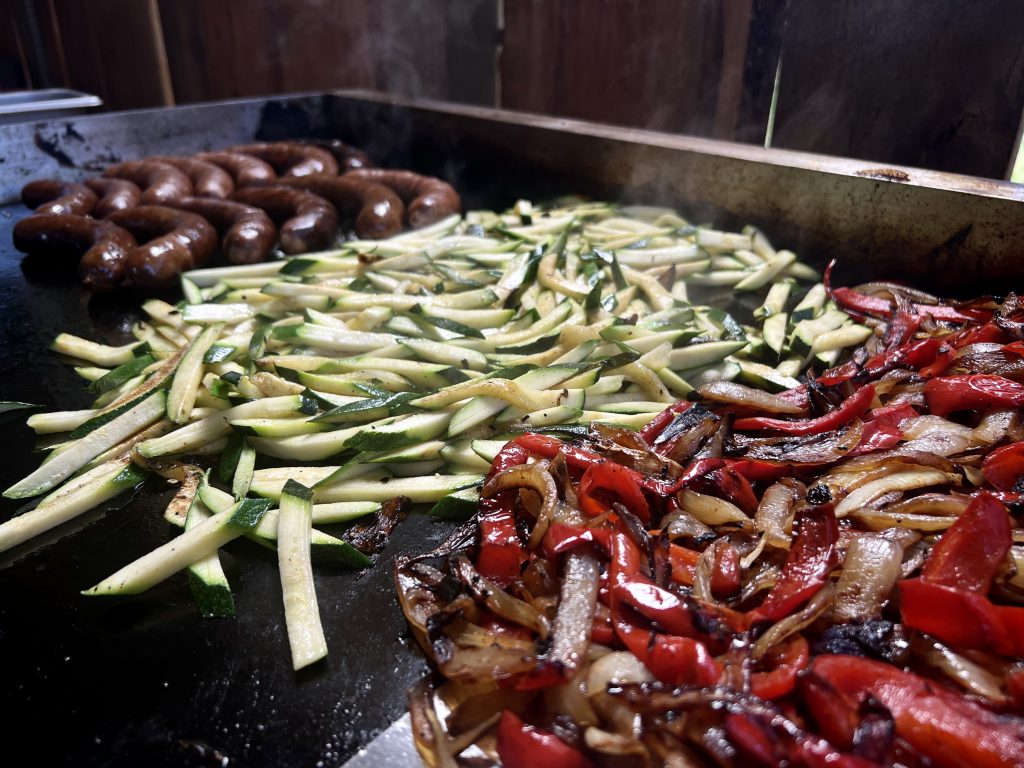 Providing hearty, delicious meals to adventure seekers in the Gorge was the inspiration for Stan’s newest venture, Get Hu’sum BBQ. Established in 2022, Get Hu’sum BBQ (GHB) is located onsite at River Drifters and open to the public where he serves smoked pork and chicken, house-made sausage, and sauces, salads & sides made from scratch. When Stan’s not smoking meats and preparing food for the people, he’ll be disc golfing, playing guitar, bowling or kayaking. 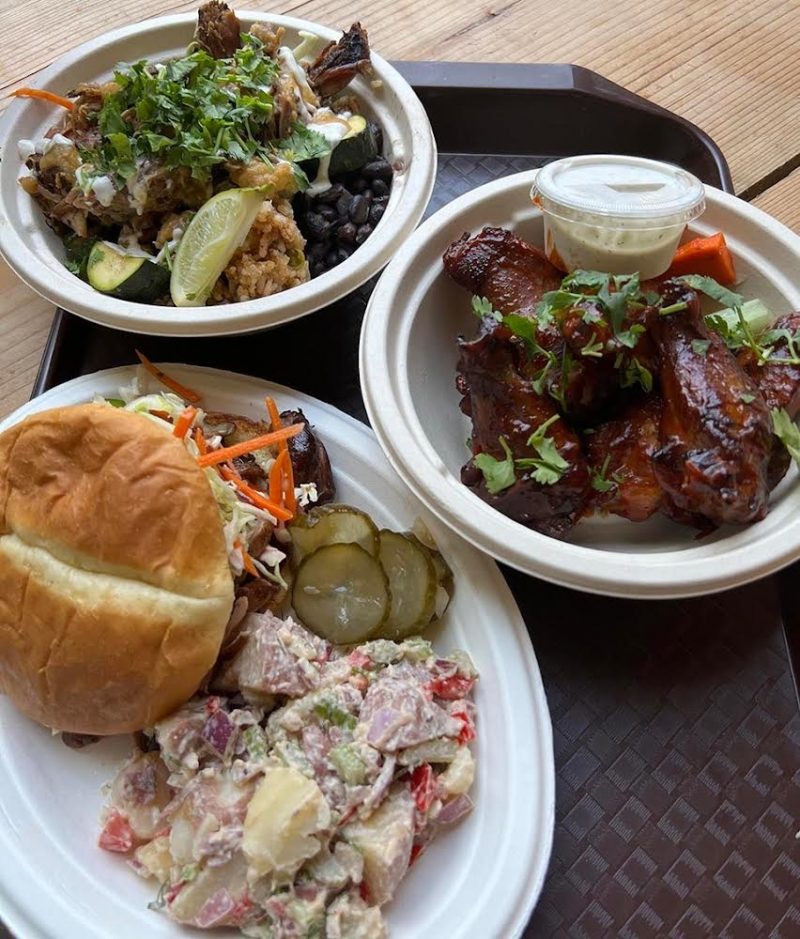 If you love the outdoors, adventure, and delicious food, we’ve got a chef prepared experience waiting for you! Book your full-day rafting on the White Salmon River and Get Hu’sum BBQ lunch will be included in the price of the trip. And of course, you can book your half-day rafting on the White Salmon River and still enjoy the savory yumminess before or after your trip!

We give our subscribers a heads up about seasonal discounts, special events and more. Sign up below

We give our subscribers a heads up about seasonal discounts, special events and more. Sign up below:
Page load link